It’s Christmas Eve.  The cat has been bundled into the car, driven up the M5 and is now eyeing up my in-laws’ Christmas Tree.  Carols from Kings is on the radio.  The presents are wrapped, tomorrow’s veg are being prepared, I am drinking a cup of mulled tea (I know: mulled tea, it’s quite nice) and it seemed like a good time to redesign the blog.  This one’s for you Richard.  Happy Christmas, season’s greetings and have a wonderful new year everyone.  Now I’d better go and retrieve that cat... 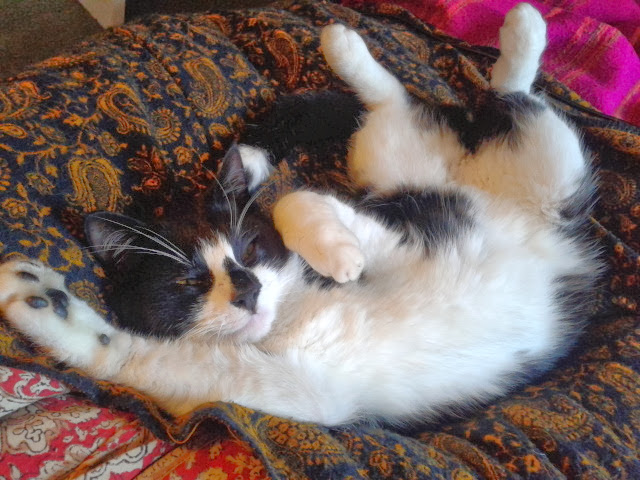 More questions than answers - on the 'forced caesarean' case

On Saturday, the Telegraph ran a Telegraph column by Christopher Booker , with the headline ‘Operate on this mother so that we can take her baby’. The column alleged that the woman had been visiting from Italy for work reasons when she was detained under the Mental Health Act 1983 in connection with bipolar disorder. One morning she was given no breakfast, then (according to Booker) ‘She was strapped down and forcibly sedated, and when she woke up hours later, found she was in a different hospital and that her baby had been removed by caesarean section while she was unconscious and taken into care by social workers’. An application to place her child for adoption is now before the courts, some fifteen months on. According to Booker, ‘social workers’ had been given permission to arrange this by the High Court.

By the end of Monday the Mail, the Independent, even the Guardian had regurgitated versions of this story, quoting reaction from various public figures and commentators. Shami Chakrabarti of Liberty described the case as ‘the stuff of nightmares’, an Italian judge has described it as resembling ‘a horror film’. By the end of yesterday the Judicial Office were tweeting that ‘Proceedings not yet concluded; President of Family Division has ordered the matter be transferred to High Court. President of Family Division has order any further applications in respect of the child are to be heard by him.’ There are now several hundred news stories about the case, and the mother concerned has sent a ‘message of thanks’ to the British people for their support.

If reports are correct – that the mother really was forcibly sedated, the baby delivered by caesarean with the express purpose of removing the child from her care and giving it up for adoption, and the mother and her own family was entirely kept in the dark about this plan – this does indeed sound like the stuff of nightmares.

But for those of us familiar with the work of the Court of Protection there were a number of alleged facts about this story which simply didn’t stack up. One common theme in the reporting of this story is the idea that the caesarean was for the protection of the child, not the mother, and that it was initiated by the local authority – Essex County Council – as part of their child protection role. This didn’t stack up to me, and – in fact – turns out not to be true. Essex Council have released a timeline of events which reveals that it was the Health Trust who applied to the Court of Protection for the caesarean, and their application for an interim care order (relating to the child) came a day later, in August 2012. This made sense to me, as although it is not unprecedented for a local authority to apply to the Court of Protection regarding a healthcare intervention, it is unusual – and in any case the Court would have to be satisfied that doctors felt the intervention was clinically necessary and were willing to deliver it.